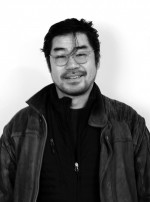 Since 2003, Visiting Assistant Professor Chi Fan (Eric) Wong has been teaching design in the undergraduate School of Architecture, where he also serves as exhibitions coordinator. In addition, e directs and teaches advanced design in Pratt’s Summer China Program.

Born in Taiwan, Wong came to the United States with his family when he was nine years old and grew up in Queens and Manhattan. He earned his bachelor of architecture degree from The Cooper Union Irwin S Chanin School of Architectural design from Columbia University in 2002.

Last spring, Wong exhibited his personal drawings in a group show at China Square Gallery in Chelsea. He also designs the themes and creates the images for public murals in Taiwan in collaboration with Sky Art, a gallery in Taipei.

Thank you, President Schutte, thank you Peter, thank you the members of the committee, and I thank you, the students of Pratt. This is a tremendous honor and I really had no idea how big a deal this is until I was informed that I had to speak, here, and after all of them (the honorees)…. Now, I’m really not good at this public speaking business as I’ll be brief and I’ll simply tell you what I’ve told some of you when you first came to Pratt.

Also, in the week or so that I had to reflect over all of this in relative disbelief, I came to the conclusion that I don’t think I really deserve this recognition; at least not more than any of our teachers at Pratt. As educators it’s our responsibility to pass on knowledge, teach skills, and guide decisions. It’s what we do. But above all else, an educator has to communicate and coax others  to communicate. It’s the first step and the only step towards any form of understanding.

From what little I know of Professor Bacich, it seemed that he was a friend as much as he was a teacher to the students. And among many other things that Professor Bacich did, he helped and guided his friends to learn to discover more about themselves.. And how does one go about that? One learns to communicate with oneself. And that’s where education happens.

Despite all the different names we call our disciplines, whether it’s fine arts, or industrial design, or photography, or interior design, or architecture, they are all just different tools and methods for us to communicate; at first with ourselves, then with others, then with material (either physically or conceptually), and finally with the world. Now none of this is easy.

I’ve always thought about how crazy one has to be to have invented the brick. Imagine this guy walking by a river bank, sees some red clay, decides to pack it into 2”x 4” x 8” dimensions, firing them, and then lay them on top of each other in a staggering manner using some form of mortar. And in time we wind up with things like this (Radio City Music Hall) and beyond. So that’s pretty crazy, and one has to be a serious clay or mud whisperer to be able to coax this amorphous thing into becoming our known world. That’s some serious communication.

So what you have  learned to do has the potential to have immense effects on the world. What you do will be seen and experienced, in time, by thousands if not more. The impact would be quite profound and your responsibility equally so. The wise uncle of Spiderman said “with great power comes great responsibility.” It is the arts that create the lasting image and character of the world. Think of any city, and what comes to mind but the buildings that inhabit it? Think of any period in time, and what comes to mind but the arts and their creators of the era?

Congratulations on the beginning of the rest of your lives. 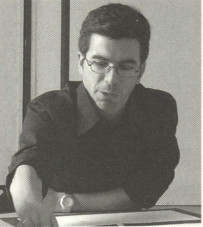