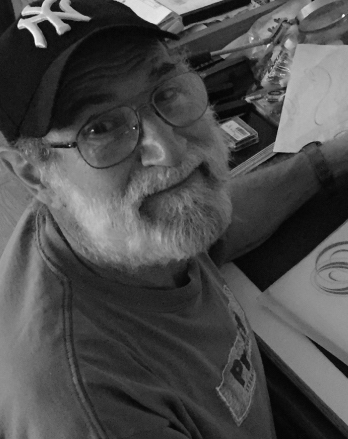 Antonio Di Spigna is a professor in the Graduate Communications & Package Design department. He was born on the island of Ischia, Italy in 1943. He graduated from New York City Community College in 1964 and Pratt Institute in 1967. After working two years with Bonder & Carnase, he joined Lubalin, Smith & Carnase in 1969. His talent as a designer were employed in all areas of visual communication design.

In 1973, he opened his own design studio Artissimo Inc., in New York. His designs have been published in various trade publications, and have won numerous awards from such prestigious organizations as The Art directors Club, American Institute of Graphic Arts, The Type Directors Club, The One Show, and The Annual Creativity Shows. His work has been exhibited in a number of shows both in the U.S. and abroad. In 1978, he joined Herb Lubalin Associates as a Vice President and partner. In 1981, he opened his own design studio, Tony Di Spigna Inc.

He has taught at The School of Visual Arts, New York, and is currently teaching at The New York Institute of Technology, Undergraduate Fine Arts Department. He is also a tenured Professor at Pratt Institute where he continues to teach in the Graduate Design Department. He has been a juror for professional organizations and has lectured and exhibited his work at various schools and design organizations in the U.S. and abroad. Tony Di Spigna has designed numerous typefaces, most notably Serif Gothic, Fattoni, Playgirl, Lubalin Graph, and exclusive corporate typefaces for PBS, the Coca Cola company and the Louis Dreyfus Corporation. 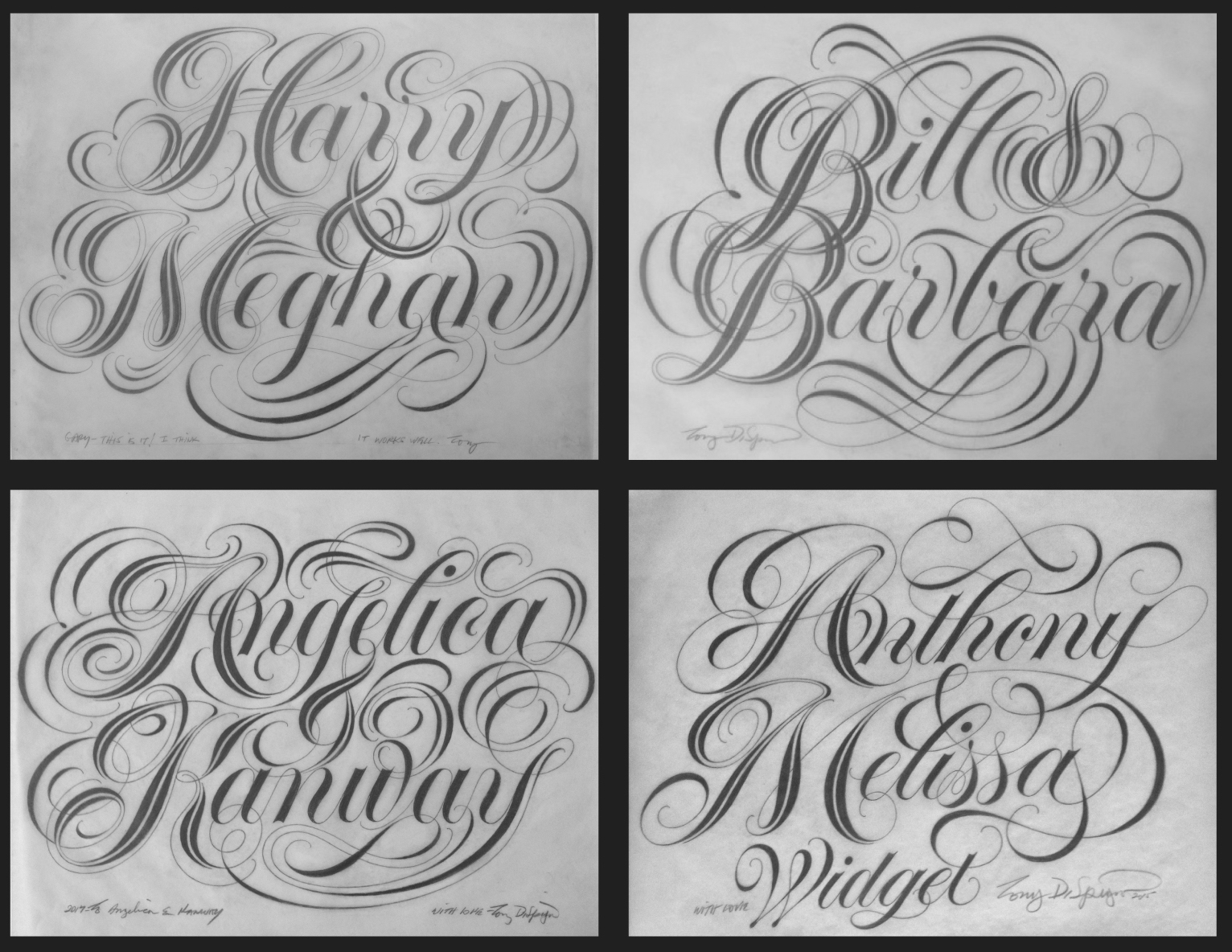 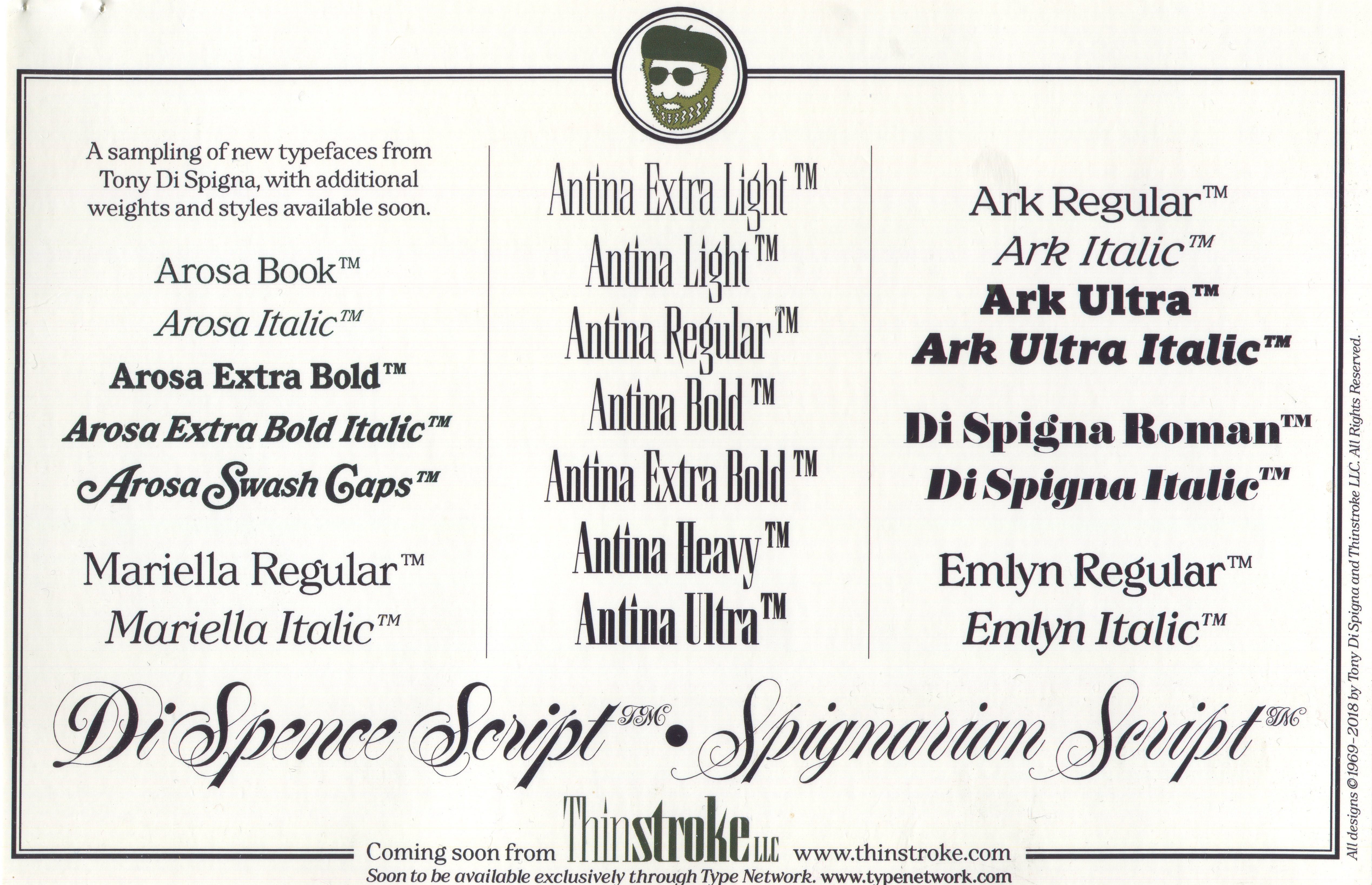 This volume by Graduate Communication design professor Tony Di Spigna was developed to showcase a category of formal script dubbed Spencerian by the Herb Lubalin Studio, where Tony Di Spigna was a principal designer and partner. Most of the pieces were designed and handcrafted to finished art execution using the ‘built up’ design method with traditional tools of pencils, ink and white paint on vellum paper which often took several days to complete.

The book contains over 150 design samples that spanned over 40 years of professional problems given by discriminating art directors and clients who required and appreciated a designed solution rather than settling for just a ‘type setting’ of the many available formal script typefaces.

Professor Di Spigna explains the process from beginning to end and gives comments on particular examples of lettering art. It inspires one to become a better designer and more fully appreciate this particular category of letterform art. Tony Di Spigna’s LOVE LETTERS bookwas reviewed by noted critic and scholar, Paul Shaw, as a “Treasure trove of outstanding examples of this difficult form of lettering.” This book will no doubt become a welcome edition to the student as well as the professional.