A Practicing artist, he works in oil, painting exclusively from life observation. He has had many shows at the George Adams Gallery, currently located in the Chelsea area of Manhattan. His relationship with the gallery began in 1995. In 2002, he had a colo exhibition of his work in the Greenville, South Carolina county museum. In 2009, he was commissioned to paint a mural for the museum of the city of Greenville. In 2008, he was the artist in residence of the Richard Estes Acadia Foundation on Mount Desert Island, Maine. In 2009, he had a solo exhibition of his work at the William Siegal Gallery in Santa Fe, New Mexico.

His work has been reproduced and/or reviewed by the New York Times, ARTnews, Art in America, The New Yorker, The New York Sun, and Harper’s Magazine, among others. In 2012, he was awarded a Joan Mitchell Foundation grant. His work and personal reflections on his painting process were featured in a book published in 2014 by the New York Academy of Art titled The Figure, Painting, Drawing, and Sculpture.

Hello. I teach the Pratt Foundation courses of drawing and light, color and design. I love my Pratt freshmen. They voted for me for this honor. I give love, thanks and much respect to them.

But this is your day Class of 2015. Congratulations it is testimony to your strength of character and insane talent that you are achieving this degree. One of you took 6 years to get his. I have been working on mine for 15 years and still no degree. but so much learning its crazy. Pratt is not for slackers.

Let’s look to some white male art gods for meaningful lessons. White males rock after all even if sometimes we get a bad reputation as being a bit pushy.

FIRST the Beatles. They aren’t exactly visual artists but they sure were artists.
on some early Beatles album I had as a kid they sang…

I don’t care too much for money, money can’t buy me love

but then moments later they are singing…

Now give me money
That’s what I wa—ahnt

The Beatles of course ultimately came down on the side of love. In their last song together titled “The End,” they sing

So the Beatles chose love “in the end”
BUUUTTT. THEY SURE AS HELL MADE A LOT OF MONEY. So be in
love with your art and make a lot of money as well.

SECOND Johannes Vermeer. He is an art god. A visual arts god. We are VISUAL ARTISTS AFTER ALL. lets look to him for inspiration at this time. Who doesn’t like Vermeer?

Several hundred years ago in the 1600’s the dude made some paintings in his art studio in Holland. These paintings were destined to become sacred objects. now people line up around the block in the freezing cold in New York City and then when they finally get inside after an hour of standing in this line, they jostle each other in a crowded room just to get a quick moment in front of a single tiny painting Vermeer made all those years ago in his modest studio.

And unlike the Beatles, Vermeer never made that much money. When he died, he left his wife and children in debt. That stinks. That’s crazy. It happens.

So what does this mean to us? Believe in your work, it is a noble and sacred undertaking and that’s what really matters. You can and will make things of great beauty and purpose.

He studied his vision. He studied the light. Dude sat in his studio and studied the light coming through his window. He studied long and hard. As visual artists we study light. Vision is our sense of light. We study the light in LCD. It was a lifetime pursuit for Vermeer. It is a lifetime pursuit for all of us visual artists. You are only at the beginning of this study. It did not end three years ago in LCD. It does not end at this moment.

But he wasn’t a luddite. He used technology of the day, the camera obscura and the best pigments available to him at that time. Now we live in a time of great technological invention. We too can not afford to be luddites. And in fact none of you are. That is more a challenge for my generation.

In a very short couple of years, a fast paced world has hit overdrive. Everything is happening at warp speed. Students in lcd today make ten times as much, ten times as fast and often ten times as good… Facebook gave way to the Twitter. The Twitter gave way to the Instagrammer. It happened so fast, I never even got on Facebook or the Twitter. Last week my daughter put me on the Instagrammer after some kids in my class ridiculed me for not have an account. An aside, please follow me on Instagram. I am trying to impress my daughter with lots of followers…andrewlenaghan, lower case, no spaces. …and by the way, what the hell is a hashtag?

Anyhow back to Vermeer. In his time, images were few. People rarely saw images. Maybe the rich could buy an oil painting. Otherwise you had to go to church. Church was the internet of the 1600’s. Today we are overwhelmed by images. you can not … not see images. They are everywhere. magazines, newspapers, books, and billboards. Tv and the internet. Our iPhones deliver an infinite number of images instantly… panoramas and videos. Not that long ago we had to purchase film in rolls of 36 images and wait a day for their development and printing. Absolutely everywhere we see images and visual design. We have developed a short attention
span. We look quickly, if at all… We have no choice. There is too much to digest.

Vermeer did not have a short attention span. He took it slow. He looked long and hard. His work is meditative… Remember this even as you are swept up in the speed of it all. Sometimes you have to slow down and really look.

CONGRATULATIONS! You are graduates of Pratt Institute! Now go forth and be happy, do great things…and MAKE LOTS AND LOTS OF MONEY! 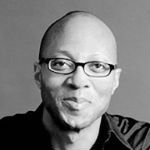